The Board of Trustees of Brigham Young University–Hawaii has appointed John “Keoni” Kauwe to become the university’s eleventh president. President Kauwe will succeed John S. Tanner, who has served as president of the campus since 2015.

Elder Jeffrey R. Holland, of the Quorum of the Twelve Apostles, made the announcement during the weekly BYU–Hawaii devotional, in a broadcast originating from Salt Lake City.


Dr. Kauwe is the dean of Graduate Studies at Brigham Young University in Provo. He is also an internationally recognized researcher specializing in Alzheimer’s disease. Dr. Kauwe has deep roots in Hawaii and spent several years of his childhood on the islands of Kauai, Oahu, and Molokai, and is a graduate of Molokai High School. In recent years, the Kauwe family has returned to Hawaii to visit family each summer.

Regarding the significance of this assignment, President Kauwe says he is committed to preserving the legacy and mission of the campus, of both spiritual and secular learning. “Like many of you, I am a direct descendant of men and women who built the first churches and homes that established Laie as a community of Latter-day Saints; a descendant of the men and women who labored to build the temple that stands nearby. My heart is ‘turned to my fathers’ and I feel deeply connected to the history of sacrifice, faith, and prophetic direction associated with Laie and BYU–Hawaii,” he said.

During his remarks, Elder Holland reflected on the five years of service of President and Sister Tanner. “The Officers and Board of Trustees of BYU­–Hawaii have extended their heartfelt vote of thanks and conveyed a much deserved letter of release to John and Susan Tanner for their remarkable years of service at the university. We are grateful for his industry, his loyalty, his religious faith, and his academic vision,” he said. 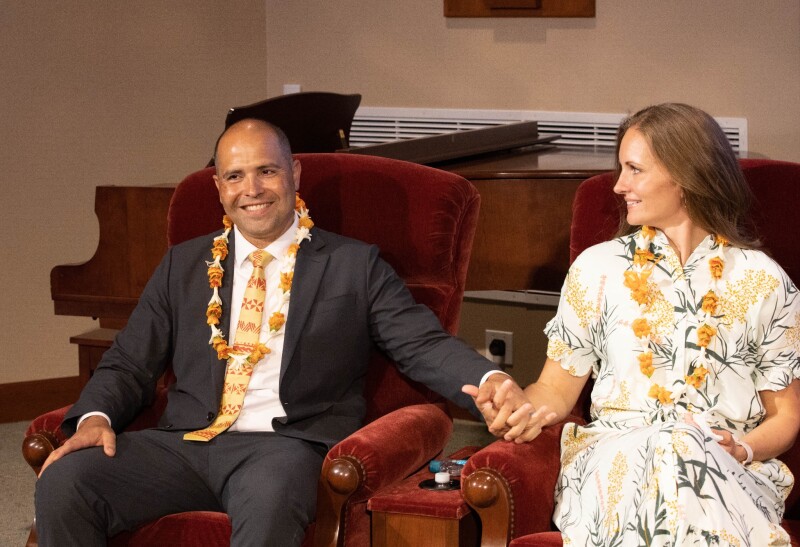 1 of 6
john-keoni-kauwe-new-president-byu-hawaii/_21A0071.jpg
John "Keoni" Kauwe and his wife, Monica, will succeed John S. Tanner and his wife, Susan, who have served at BYU–Hawaii since 2015.
Download this Photo 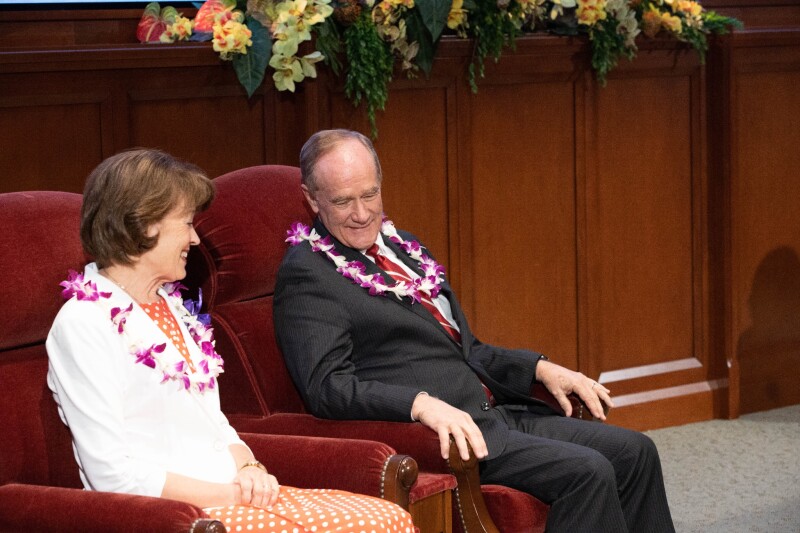 2 of 6
john-keoni-kauwe-new-president-byu-hawaii/_21A0064.jpg
Outgoing BYU–Hawaii President John S. Tanner talks with his wife, Susan W. Tanner, leading up to the university’s weekly devotional on Tuesday, May 12, 2020. President Tanner and his wife served since 2015 and will be replaced by John “Keoni” Kauwe and his wife, Monica, starting July 1, 2020.
Download this Photo 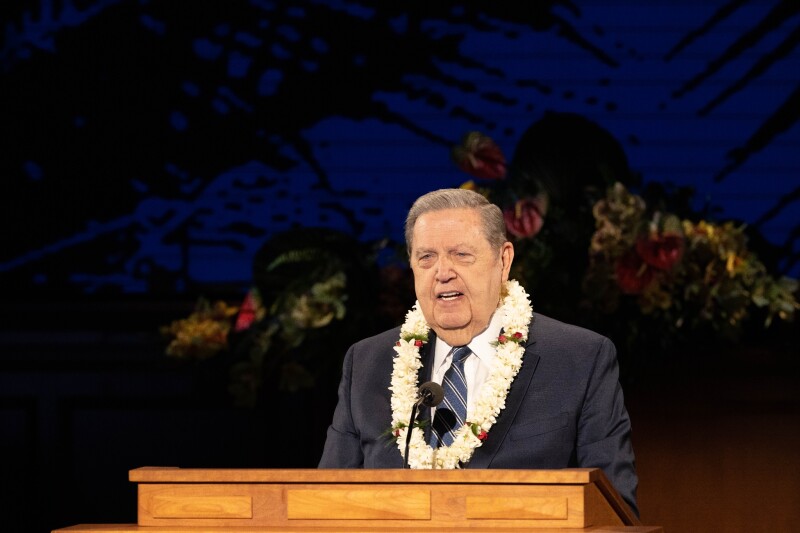 3 of 6
john-keoni-kauwe-new-president-byu-hawaii/_21A0135.jpg
Elder Jeffrey R. Holland of the Quorum of the Twelve Apostles announces that John “Keoni” Kauwe will be the 11th president of BYU–Hawaii.
Download this Photo 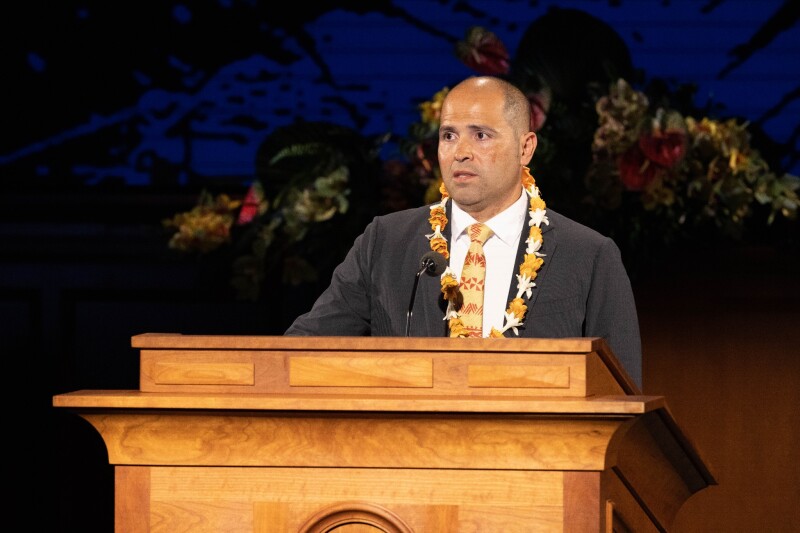 4 of 6
john-keoni-kauwe-new-president-byu-hawaii/_21A0303.jpg
John “Keoni” Kauwe speaks May 12, 2020, after being named the 11th president of Brigham Young University–Hawaii.
Download this Photo 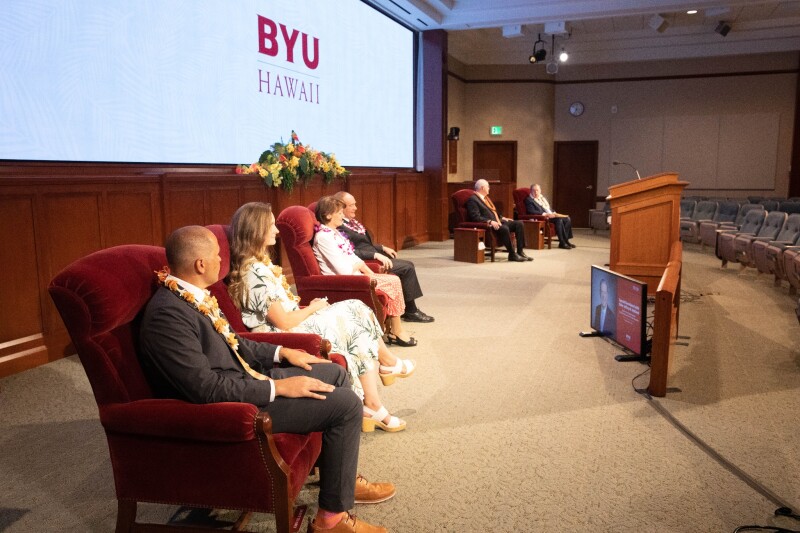 5 of 6
john-keoni-kauwe-new-president-byu-hawaii/_B9A7995.jpg
The scene prior to an announcement of a new president of BYU-Hawaii on Tuesday, May 12, 2020, by Elder Jeffrey R. Holland of the Quorum of the Twelve Apostles during the weekly BYU–Hawaii devotional. The address was broadcast from the Church Office Building auditorium on Temple Square in Salt Lake City. 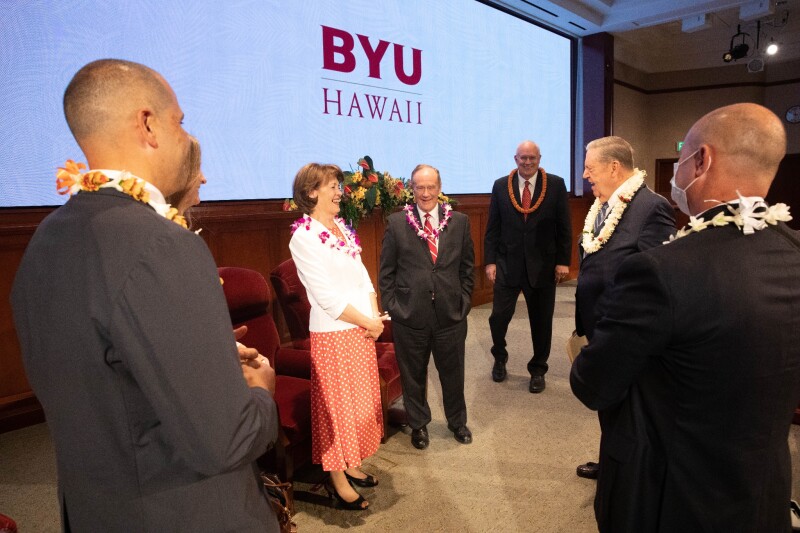 6 of 6
john-keoni-kauwe-new-president-byu-hawaii/_B9A7979.jpg
The scene prior to an announcement of a new president of BYU–Hawaii on Tuesday, May 12, 2020, by Elder Jeffrey R. Holland of the Quorum of the Twelve Apostles during the weekly BYU–Hawaii devotional. The address was broadcast from the Church Office Building auditorium on Temple Square in Salt Lake City
Download this Photo
1 of 6

President Tanner spoke of the blessing it has been to have his 40-year career as an educator, conclude, while at BYU–Hawaii. “As I come to the end of my journey in the academy, I confess that I disembark with the heart of a teacher and a preacher. I feel more alive and more able to give my gifts in the classroom, at the pulpit, and on the page than in producing budgets, agendas, policies, and memos. I suppose that this is why I write essays and give so many talks. I hope to find a way to leave some of these with you as a record of our journey together and perhaps a comfort and inspiration as you continue the voyage,” he said.

President Kauwe will assume his new role on July 1. An inauguration will be planned at a future date.

Dr. Kauwe joined the biology department, in the College of Life Sciences at Brigham Young University in 2009 and later served as chair of the biology department. He was appointed as the dean of Graduate Studies in 2019. Dr. Kauwe received a doctorate in evolution, ecology, and population biology in 2007 from Washington University in St. Louis. He then completed a postdoctoral fellowship in Alzheimer’s disease genetics at the Washington University School of Medicine. He received his bachelor’s in molecular biology and master’s degree in population genetics from Brigham Young University. He has made important contributions toward discovering more than a dozen new genetic risk factors for Alzheimer’s disease. 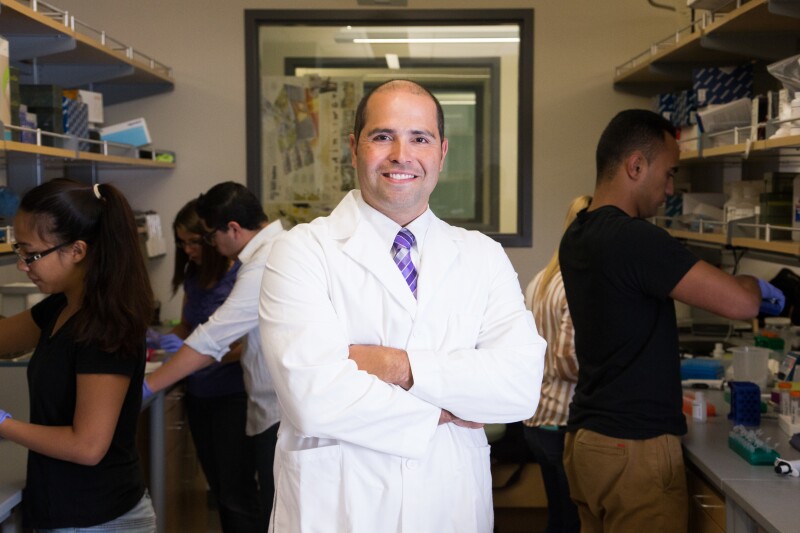 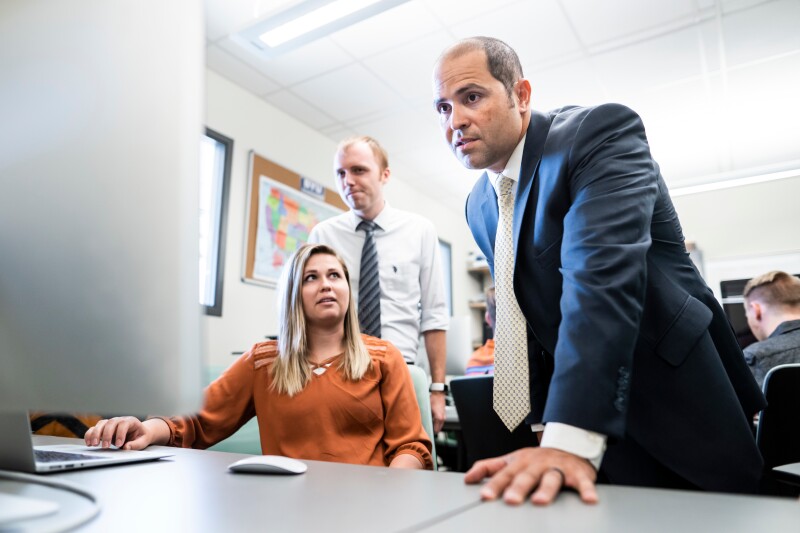 3 of 4
BYU {filename base} 2019
Photo by Tyler Richardson, BYU Photo
Download this Photo 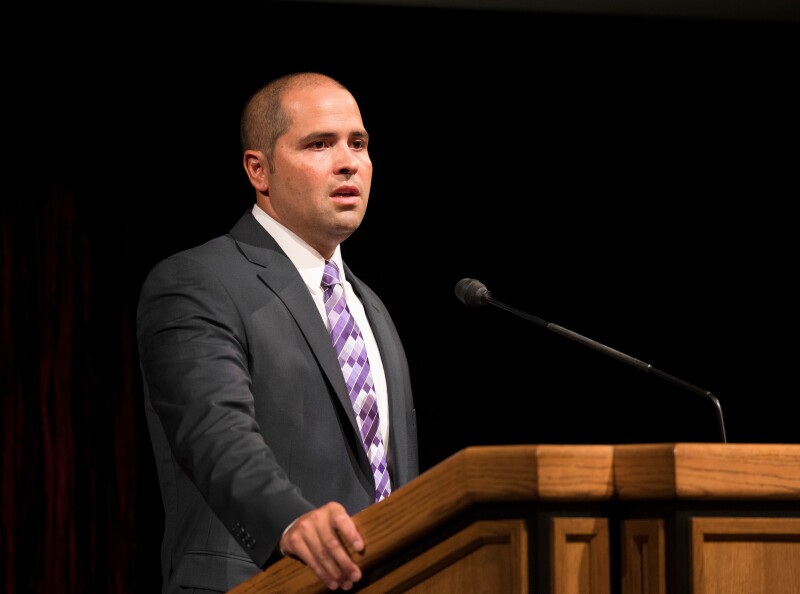 He served a mission for The Church of Jesus Christ of Latter-day Saints in the Japan Fukuoka Mission, from 1999-2001.

In 2003, Dr. Kauwe married Monica Mortenson, who is from Provo, Utah. They are the parents of five children, who range in age from 13 to two, and currently reside in Orem, Utah.

She earned a degree in chemistry and worked in the pharmaceutical industry, before becoming a full-time mother. She enjoys baking and hiking.

Dr. Kauwe’s interests are playing with his children and fishing. His fourth great grandfather, Kaleohano, was one of the first converts to The Church of Jesus Christ of Latter-day Saints in Hawaii, taught by Elder George Q. Cannon in 1851.

Brigham Young University–Hawaii is the preeminent international center of learning in the Pacific. Its small campus is a unique laboratory of intercultural leadership development, where a diverse population of 3,200 students representing over 70 countries live, study, and work together.